Early in 2018 The Keep the Archipelago Tidy Association (Pidä Saaristo Siistinä ry) was seeking support for a new pump-out station via Nutribute platform. We are happy to inform that the pump-out station was presented last week in Hanko, and in the future it will be located in Ekenäs Archipelago in Southern Finland.

The number of reception points where boaters can empty the septic tank of their boats is still insufficient in many places. In addition to this, the poor condition of the existing ones is the primary reason for the disposal of sewages in our waters. The new floating pump-out station for leisure boats has a capacity of appr. 10 m³ and the volume of sludge that it is capable of storing contains 5 kg of phosphorus and 25 kg of nitrogen. If released to the Baltic Sea, the nutrients would create potential for the growth of a total of 5,000 kg of algae.

Even though the campaign did not reach its goal in Nutribute platform, the project was completed with support from the Bank of Åland’s Baltic Sea Project, the Weisell Foundation and a few private individuals. Many thanks to all the supporters! By joining forces we will be able to stop eutrophication and toxic algal blooms in the Baltic Sea.

Keep the Archipelago Tidy Association’s press release (in Finnish) can be found here. 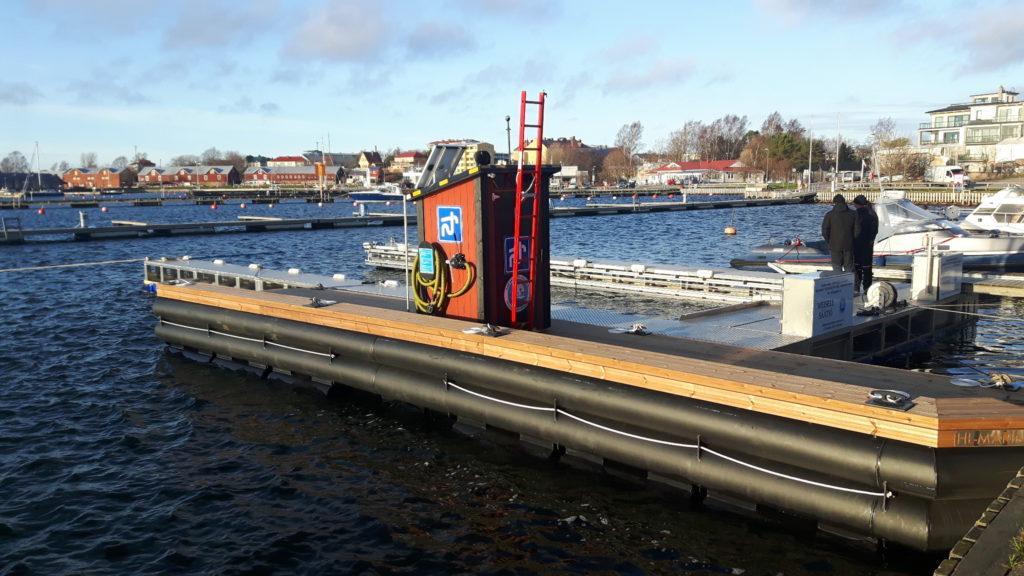