According to estimates, fishing recycles approximately 600 tonnes of phosphorus annually from the waterways to solid ground in Finland. Even though reducing the nutrient loads from land-based sources is the primary means to combat eutrophication, targeted fishing of cyprinid fish can reduce the nutrient volumes of a marine ecosystem significantly, thus complementing the on-shore measures that aim at reducing the nutrient load. According to scientific research on Finnish lakes, the targeted cyprinid fishing might also have a positive impact on the fish stock and the food web by restoring the cyprinid populations, which have grown due to eutrophication, closer to their natural balance. However, these results are not directly applicable to the marine environment.

With targeted fishing of cyprinid fish, Pilot Fish aims to recycle a significant amount of nutrients from the marine ecosystem to solid ground, thus complementing the measures that seek to reduce nutrient loads onshore. The Pilot also seeks to increase the utilization of cyprinid fish in foods consumed by humans.

During the project, the cyprinids will be fished periodically, starting in Autumn 2015 and the last period being in Spring 2018. The aim is to remove 5-8 tons of phosphorous annually from the Archipelago Sea. An open call will be arranged in the beginning of each year to find local fishermen to carry out the fishing. The catch of cyprinid fish will be utilised in its entirety: the majority will be processed further for use, with unused fish parts used for livestock or fish feed and in energy production.

Pilot Fish will act as an example of a compensation measure in compensating the nutrient load from e.g. marine aquaculture. The experiences and the outcome of Pilot Fish will be analysed and used in forming the scientific basis for the operation of the NutriTrade platform and as a part of this work the applicability of this method to other marine areas of the Baltic Sea region will also be discussed.

John Nurminen Foundation will be responsible for managing and implementing the Pilot Fish.

The pilot will engage various stakeholders in close cooperation with each other; fishermen, local SMEs, environmental administration, researchers as well as environmental NGOs and free-time fishermen. To ensure the ecological and social sustainability of the fishing done under the project, fishing will also be restricted with preconditions that all pilot participants as well as contracted fishermen commit to. 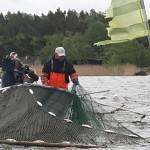 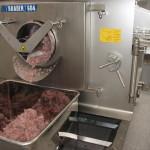 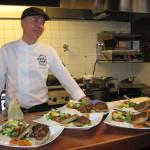