A year ago, in summer 2016, stakeholders in the selected pilot area in Lieto and Paimio got prepared for a large-scale gypsum application experiment, a unique pilot project. Farmers, contractors and actors in the logistical chain made plans how the gypsum application project would be managed in addition to other autumn businesses. Research activities were conducted in order to collect data for the pre- and post-treatment comparison. Plant and soil samples were taken and the water quality in the river Savijoki was monitored since February 2016. 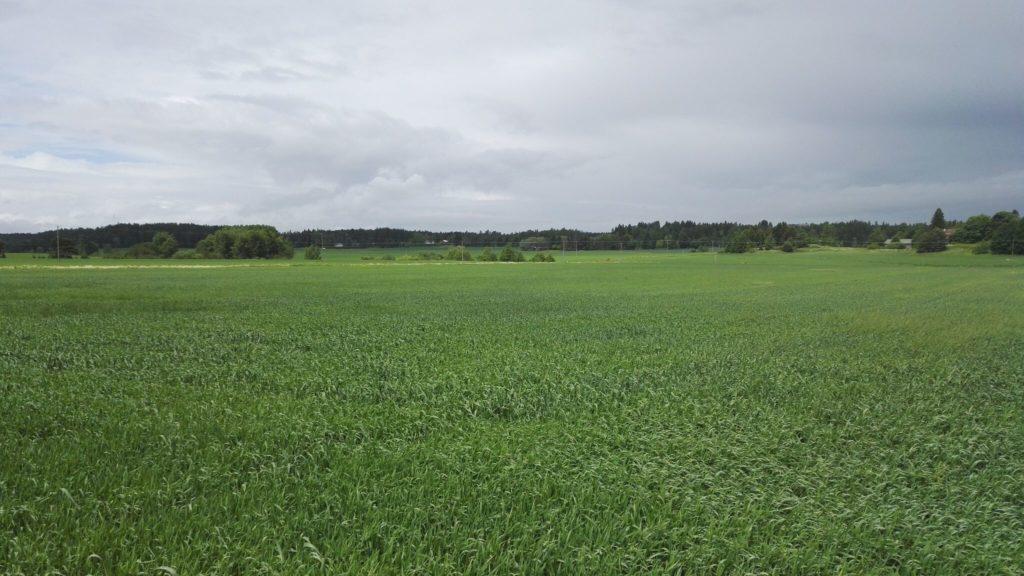 Now, in summer 2017, when the gypsum has been successfully transported and spread on the fields, we focus on its impacts and on the possibilities to treat fields with gypsum in an even larger scale.  According to preliminary results from the continuous monitoring of water quality, phosphorus runoff from the entire catchment area has been reduced by a fourth after the pilot, meaning that the phosphorus load from the gypsum-treated fields (43% of the total field area) is reduced by 50-60%. A small amount of gypsum has leached from fields, since the sulfate levels increased slightly after the treatment. However, the levels are not alarming: during the first half year after the treatment, the sulfate concentration was 30 mg/l on average, and the maximum concentration, a 470 mg/l peak, lasted only for few hours.

In addition, new soil samples were taken in May, and new plant samples now in June. They will be analysed during the summer, and compared with the pre-treatment samples. Possible impacts of gypsum on soil and yield can be observed in autumn. Regarding the impacts of gypsum on aquatic biota, as studied by the SAVE project, this far we know that gypsum leaching does not harm common water moss or thick-shelled river mussel, a threatened species thriving in the river Savijoki.

Within a year, we have learned a lot. Experiences of pilot were collected and analysed. After the gypsum treatment, a survey was conducted in order to hear the thoughts of the farmers involved in the practical development of gypsum concept. The survey results proposed support for the gypsum application of fields as a new measure for agricultural water protection, but farmers may need more experience in order to adopt it into the common farming practices.

Now we head forward in the Pilot Gypsum and have started to think how the use of the method could be expanded to the entire southern Finland. The potential areas for gypsum spreading will be studied by the Finnish Environment Institute, and here in the University of Helsinki we will figure out how the gypsum spreading and logistics should be operated in practice in case it were a widely-used water protection measure.

Have a nice summer!