On August 29, nutrients and offsetting were discussed by high-level experts at a joint JNF stakeholder event and a Nutribute marketing event.

The session “Joining forces to protect the Baltic Sea” was attended by 100 persons and chaired by journalist Peter Nyman, who opened the discussion by asking the panelists “What are we doing right with our Baltic Sea, and what has to be changed?”. 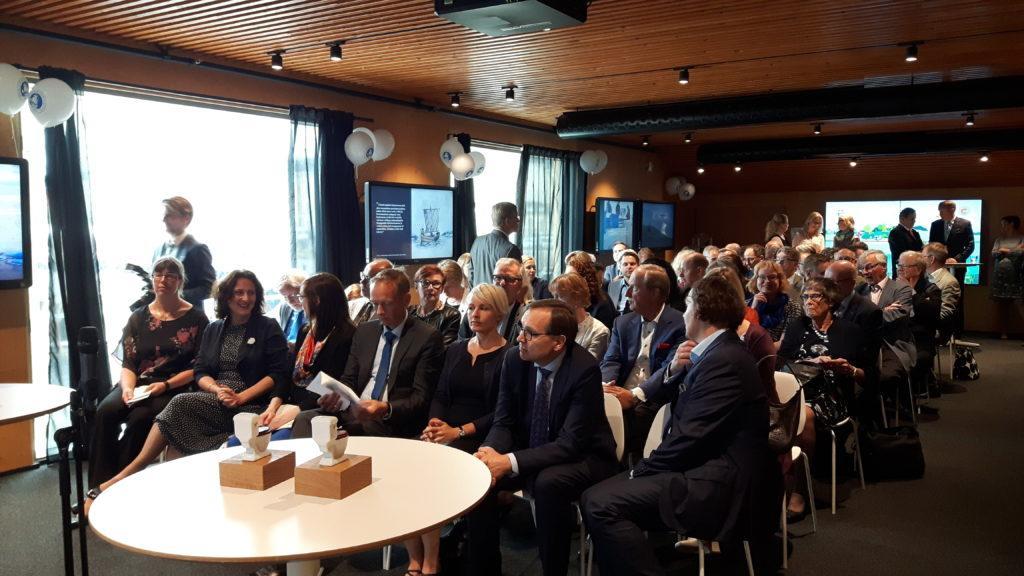 Maria Laamanen, Environment Counsellor at the Ministry of the Environment highlighted recent positive developments such as the Finnish marine strategy and river basin management plans, Government programme to promote the recycling of nutrients, piloting of gypsum treatment of agricultural fields, international cooperation in fora such as HELCOM Baltic Sea Action Plan and EUSBSR, and IMO treaty to halt invasive aquatic species. Despite of all these actions, it will be difficult to achieve a good state of coastal waters by 2020 as it is stated in the Finnish marine strategy. In particular, she mentioned internal loading and climate change as risks with harmful effects on the marine environment.

Monika Stankiewicz, Executive Secretary of HELCOM called for international and cross-sectoral cooperation for the Baltic Sea. She was happy with the progress made within the past 15 years, but the recovery of the Sea is slow: The recent assessment released by HELCOM last June shows that although nutrient inputs from land to the Baltic Sea have decreased clearly, for example the phosphorus load to the Gulf of Finland has been halved (between the years 2012-2014 and 1997-2003), the effects are not yet reflected in the status of all sub-basins. Baltic Sea is still highly affected by eutrophication and the goals and objectives of HELCOM Baltic Sea Action Plan have not yet been met. Total losses due to eutrophication are estimated at 3.8–4.4 billion euros annually for the Baltic Sea region. In other words, citizens’ welfare would increase by this much each year if good eutrophication status was achieved.

Per Mickwitz, Research director at Finnish environment institute emphasized the role of research and monitoring for the Baltic Sea. In fact, research is the foundation on which to build all strategies and measures. He also pointed out that in addition to understanding natural processes, it is increasingly important to understand what is the impact of our production and consumption habits on the Baltic Sea. 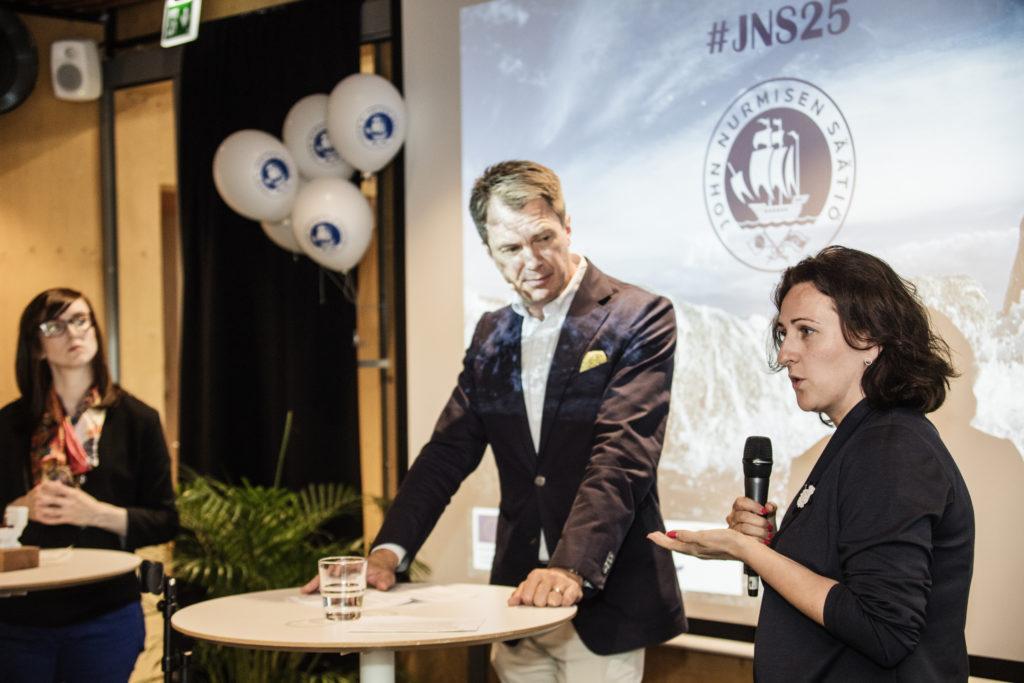 Next, Anna Saarentaus, Project manager at John Nurminen Foundation explained the concept of Nutribute, a crowdfunding platform for the Baltic Sea, and welcomed project owners to start campaigns and donors to support interesting projects and to neutralise their nutrient discharges.

In a video message, Risto Saarinen, CEO at Porvoon vesi volunteered for offsetting the annual phosphorus discharges of Hermanninsaari wastewater treatment plant and for testing Nutribute. He challenged other water companies to follow suit and called for environmental policymakers to take into account voluntary measures for reducing eutrophication.

Sara Kymenvaara, Researcher at the University of Eastern Finland dived deeper into the concept of ecological compensations. According to her, the recently proposed legislation on ecological compensation in the Åland Islands aims to encourage various actors to develop methods and actions to eliminate or minimise the environmental pressures caused by certain activities, mainly aquaculture and sewage plants. The Ålandic example illustrates some of the challenges in reducing nutrients in open sea areas, and further research and development is vital to create ecologically friendly compensation measures in order to reduce the overall impact of nutrients in the Baltic Sea.

In the following discussion, most panelists took a cautionary attitude towards compensation measures, worried by verification costs and by the idea that measures could be implemented anywhere. Sara Kymenvaara explained, however, that in Åland the idea is to create a predefined list of allowed measures and they have to have an impact on the same water body where the regulated point source is located.

Finally, company representatives (Ilari Kallio, Director at Wärtsilä and Samuli Heiskala, Head of marketing at Viking Line) presented some recent innovations that have positive impacts on the Baltic Sea. E.g. the Seabin project provoked a lot of discussion among the audience.

The evening ended with a surprise prize for two directors of forerunner water companies (Tommi Fred, HSY and Jani Väkevä, Kymen Vesi) and some community singing in a maritime atmosphere! 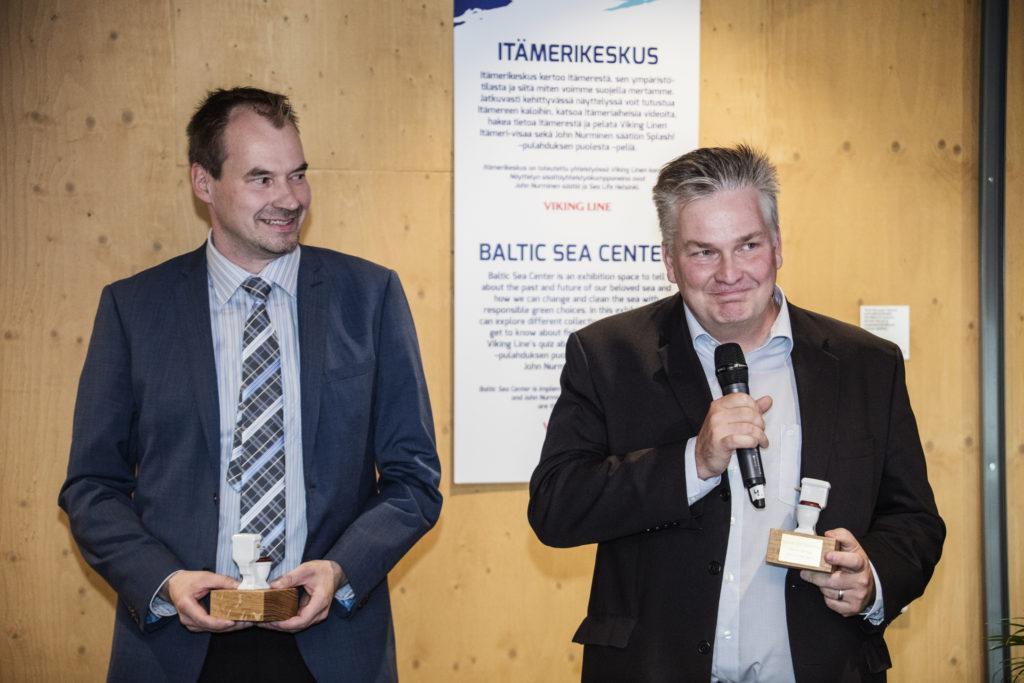