A busy autumn gave cause for optimism in Pilot Gypsum

The latter half of last year was a very exciting time for Pilot Gypsum. After the crops were harvested the spreading of gypsum began. Thanks to favourable weather conditions, practically all of the gypsum was spread within a few weeks, as planned. Careful preparations in close cooperation with farmers and logistics partners ensured a successful supply chain for gypsum and no major setbacks occurred.

After the procedure, a turn in weather was much anticipated. A rainy autumn would’ve offered the perfect setting to monitor effects in water quality. The Finnish Environment Institute has been monitoring river Savijoki, running through the pilot area, for over a year now, gathering data before and after the gypsum application.

Perhaps surprisingly, rain had to be waited until the end of November. When it eventually swept over our pilot area the results were promising: the turbidity of the river water was lower in the area where gypsum was spread than in the control area upstream, although the situation was the other way around before the gypsum application. 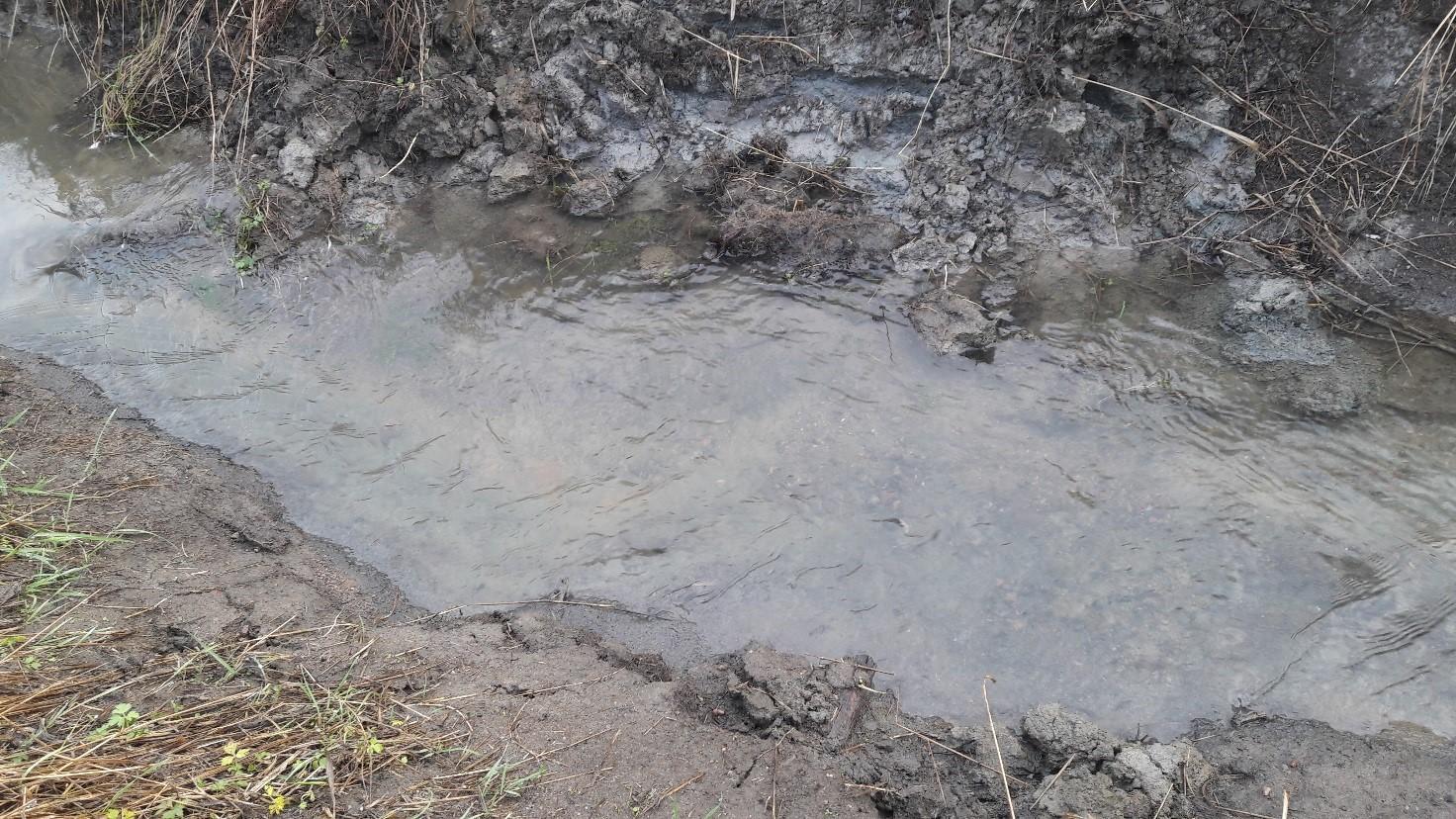 According to a local farmer, the runoff water from the fields which were treated this autumn with gypsum was visibly clearer than he had ever seen before. The picture was taken in November after a heavy rain.

In addition to water quality, last autumn was interesting considering the experience gained from the pilot. An event was held early November where farmers, logistics partners, and researchers were brought together to discuss about the procedure. In the event, even the Minister of Agriculture and Environment Kimmo Tiilikainen took the opportunity to thank the participants (through a pre-recorded video) for their open-minded attitude towards a new method.

A get-together for farmers and other key actors of the gypsum pilot was held in November in Lieto to discuss about the experiences. (Photo: Samuli Puroila)

Furthermore, a comprehensive survey of the farmers’ experiences is underway with the results expected early spring. The initial results look promising, and the general mood around the gypsum method is very positive.

A more in-depth review of the first year of Pilot Gypsum can be read from the NutriTrade newsletter in February. If you’re not on the mailings list yet, go and subscribe here.

For more information about Pilot Gypsum in English go to the homepage of Project SAVE.