Farmer evening of the pilot gypsum

On 3 March, an event about the application of gypsum on fields to reduce phosphorus from agriculture was held at the Lieto town hall. The purpose of the event was to further introduce the pilot gypsum to the farmers from Lieto, Aura and Paimio, and to allow the farmers to pose questions and express their opinions about the project. The event was open to everyone interested, and a rather impressive turnout of around 70 people was achieved. 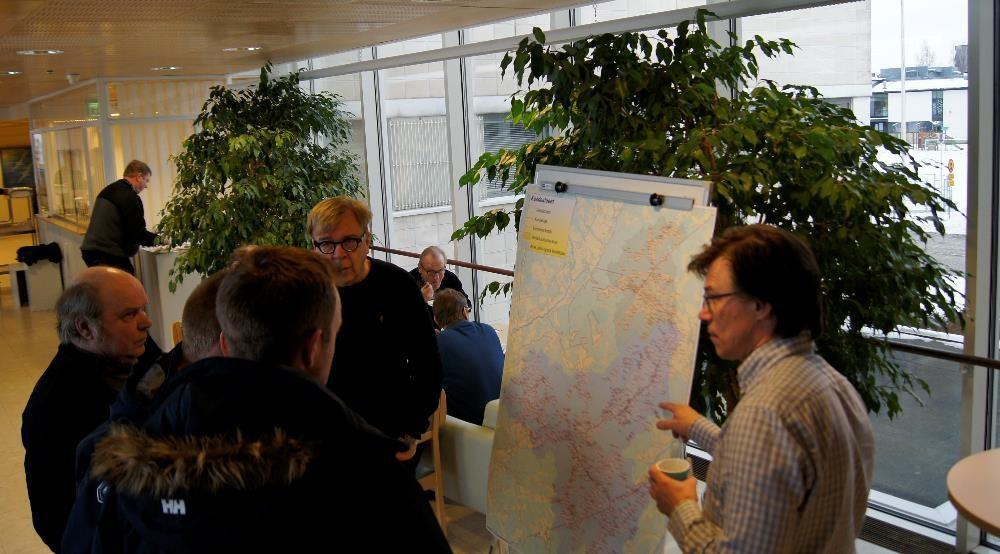 Attendees studied the map of the pilot area with their hosts (Picture: Samuli Puroila)

Professor Markku Ollikainen and project coordinator Eliisa Punttila from the University of Helsinki together with senior researcher Petri Ekholm from the Finnish Environment Institute provided a comprehensive overview about the pilot for the audience: the background and the implementation, and the water quality research aspect as well. 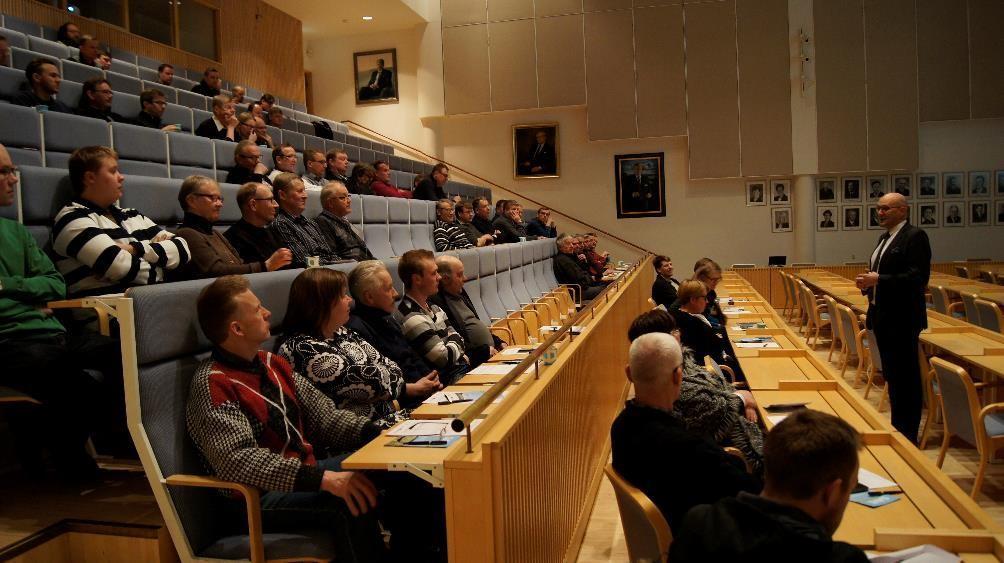 Other speakers were invited as well. The event was opened with a warm welcome and an advice to keep an open mind from Mayor Esko Poikela from the municipality of Lieto. Farmer and the executive director of SLC Johan Åberg shared his highly positive personal experience of applying gypsum in his farm and encouraged the farmers in Lieto to participate in the pilot. Researcher Reetta Palva presented the results of a field experiment where the applicability of different manure and lime spreading machinery were tested in spreading gypsum.

All in all, the event presented a large amount of information for the farmers, but it also served the project staff well. In the questions and comments part of the event, an intensive dialogue gave the team noteworthy insights about the concerns of the farmers.